Now available for iPhone and iPad 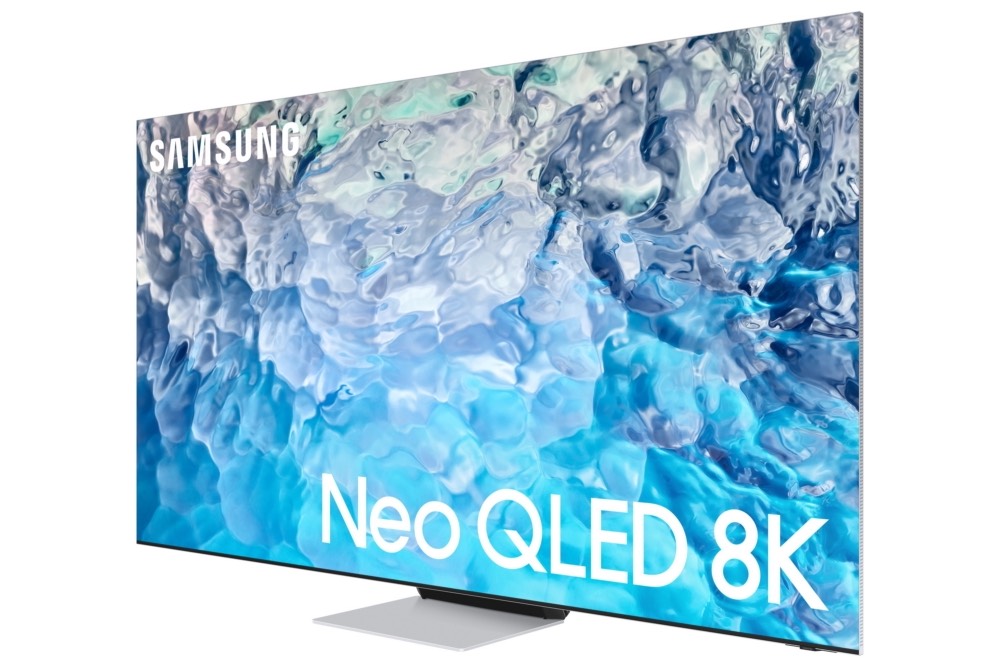 Samsung has announced new televisions prior to CES tech fair – a yearly tech event hosted by the Consumer Technology Association. New versions of the Samsung Neo QLED TVs are coming. For the first time, these TV screens receive support for a refresh rate of 144 Hz instead of 120 Hz. This makes images look even smoother, for example when gaming on a linked PC. Consoles like the Xbox Series X and PlayStation 5 support a maximum of 120 Hz. Local prices and sizes of the new Neo QLED televisions are currently unknown. The television manufacturer did not share many images of the Samsung Neo QLED. There is, however, a lot of new information to discover below.

What is Samsung Neo QLED?

Samsung Neo QLED TV is an Ultra HD 4K HDR LED television that features Quantum Dot technology for improved picture quality and deep blacks. With its slim bezel design, this TV offers a modern look while maintaining a classic feel. It is a new development from Samsung with which it wants to improve the television experience.

In addition to the QD OLED TVs, Samsung will also launch a new series of Neo Qled 8K TVs with mini LED backlight from Q2-2022. The TVs have an 8k resolution and use a similar engine to the S95B for upscaling to 8k.

These get a new feature called Shape Adaptive Light Control (SALC), which gives the devices better control over blooming and an upgrade to a 14-bit backlight for more luminance. These devices will use Samsung’s Neo Quantum Processor. It comes with an Object Depth Enhancer feature that better distinguishes between foreground and background objects. It imitates the effect of the human eye and recognizes objects and people in the image. It can distinguish foreground from background and use that knowledge to give images extra depth. That is quite similar to what Sony introduced in 2021 with their Cognitive Processor.

It seems to us that it does exactly what your smartphone or Windows computer can do. It adjusts the brightness and color temperature based on the time of day. For example: it takes sunrise, sunset and the ambient light into account. The color temperature becomes a bit warmer and darker in the evening. As a result, it does not disturb the night’s sleep.

Calibrating a TV is really nothing more than measuring and adjusting a number of settings to get as close as possible to the perfect picture. And because every screen is different, you have to adjust these settings for each screen separately to get a 100% optimal result.

Calibration would also be within reach for more people. From the Q60B series and above, it becomes possible to calibrate the TV using an app in 30 seconds (basic calibration) or 10 minutes (for a full professional calibration), at least if you have an Apple iPhone or Samsung Galaxy smartphone.

The QN900B has a few extra speakers, which are specifically aimed upwards. This means that the TV can deliver a 90 Watt 6.2.4-channel audio system.

OTS (Object Tracking Sound) is getting a very clever extension: ‘Human Tracking Sound’. The processor uses facial recognition to determine where the actors are in the image. Together with the information from the soundtrack and the extensive speaker system, it allows the TV to accurately place the voice in the picture. This feature will be available from the Q70B.

Do you have a Samsung Soundbar and a 2021 TV? Then the speakers of the sound bar will work together with part of the TV speakers, namely only the top ones, thanks to Q-Sympony. Q-Symphony will be expanded on the 2022 TV-models so that the sound bar works with all TV speakers.

All smart TVs from the South Korean manufacturer can be operated with the Samsung remote app developed by ControlMeister. Also the new Samsung NEO QLED models. This remote app is much more convenient than a regular remote control.

No longer do one have to worry about losing a remote control. Renewing batteries is also no longer necessary. This results in more environmentally friendly behaviour.

Users control their television easier and more comfortable via the best Samsung TV remote app. It works through the reliable WiFi network instead of an infrared signal – which is more sensitive for malfunctions. The application also has a revolutionary keyboard and handy mouse pad. Browsing and searching is much more comfortable with ControlMeister’s app. Search queries do not require separate entries like normal remote control do.

This Samsung remote app quickly enters URLs, passwords and other words or symbols. It’s accessible for all iOS-users and can be downloaded without any cost in the Apple App Store.